Last week I gave a presentation on who the unlabeled women are in this photo dated 1885. 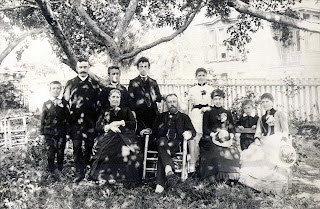 At the time, my theory was that the photo was taken at the home of William A. Clark in the backyard of 402 Mass Ave Arlington, MA.  I had no evidence to prove this.

I had the unexpected opportunity to visit this house.  Since I hadn’t planned to be there I didn’t have the photo with me.  Luckily, I posted the photo to my blog the night before and pulled it up on my phone.

I’ve always looked at this photo as if I’m looking into the yard, the fence behind separating adjoining yards.  Beyond this fence, there is a view of distinctive second floor windows on the neighbor’s house.

I walked around the house and down Avon Place to where the backyard should have been.  A relatively new house had been built in the space.  I checked out the designs of the second floor windows of all the neighboring houses and thought it was foolish that those same windows might exist 125 years later.

I walked around the block to see the fronts of these houses hoping that a renovation to the backs might be different and that the fronts still contained the old architecture.  None of the houses in the adjoining lots had those windows.  As I went back to my car, accepting the fact that either the neighborhood had changed or that the photo was taken somewhere else, I realized that I needed to change my perspective.

I’ve always thought that the photo was shot looking into the yard.  What if it was shot looking out of the yard?  The simplest answer was to turn around.  There, on the house across the street, were the windows. 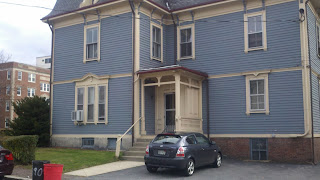 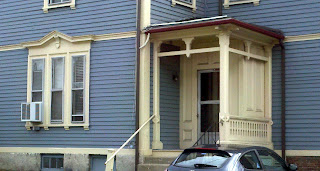 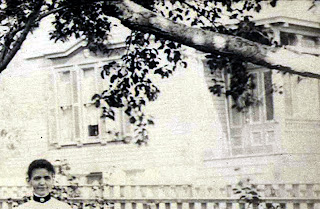 I challenged my own assumptions and got the proof I needed to confirm the location of this old family photo.  As genealogists, we must be tenacious detectives.  Sometimes we have to shelve our brick wall cold cases.  As soon as new clues are presented, take out those bricks, get a new perspective and you are likely to catch a break.
at November 22, 2011