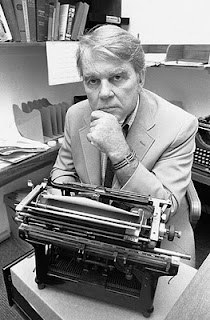 I wanted to write about Andy Rooney because I have always found him interesting in a curmudgeon sort of way.   I had intended to say something about his origins and maybe dig up a few interesting skeletons.  As soon as I started researching, the thing that hit me first was Andy’s middle name: Aitken.  Since Aitken is one of my family surnames, my article immediately changed directions.

OK Andy, so how are you related to me?  Where did you come from?

I have found that Wikipedia is a good informal source for biographical information and easily verifiable.  Andy was born in Albany on January 14, 1919 to Walter and Ellinor (Reynolds) Rooney.  If I’m lucky Aitken is either Walter’s or Ellinor’s mother’s maiden name.  The family shows up in both the 1920 and 1930 US Census for Albany.  Wikipedia information verified, check.

The Census lists Walter as being born in Massachusetts and his parents are from England and Scotland.  More bells are going off now as Scotland is in the record.  The surname Aitken is uniquely Scottish.  I’m going to have to find Walter’s mother.  The Census lists Ellinor’s birth in New York and both her parent’s origins as England.  I can stop looking at her, at least for now.

Walter and his older brothers were born in Massachusetts, so I searched for a Massachusetts marriage record for Charles and Annie next.  I found two.  One record was registered in Fitchburg and one was registered in Leominster.  Charles was from Goosige, England (at least that is the way it was transcribed).  I couldn’t find any reference to Goosige anywhere.  I took a closer look at the digital image of the marriage record and the second “g” looked more like a “y” – giving me Goosiye.  Other researchers have Charles from Keighley in Yorkshire.  Another search and I found Goose Eye, just outside of Keighley.

Annie was listed from Edinburgh with parents Andrew and Nicholas.  I had to go back to the image again to see if there another transcription error.  Nope.  It really said Nicholas for the mother’s name on both the Fitchburg and Leominster records.  An IGI record and an 1851 Scottish Census record confirmed the spelling as Nicholas.

The trail starts to get cold at this point. My Aitkens are from Dunbartonshire and Lanarkshire and Andy Rooney’s are from Midlothian.  Aitken means Adam, which would make it a very common and not necessarily related surname.

I didn’t find any connections or skeletons but it is interesting that Andy Rooney started out in the newspaper business and his grandfather, Charles Rooney, managed a paper mill and his g-grandfather, Andrew Aitken, was a paper maker.  Looks like paper ran in his blood.