Tonight I made a guest appearance on Steve St. Clair's SinclairDNA BlogTalkRadio episode - Pushing the Boundaries of What Can Be Learned from Your DNA. 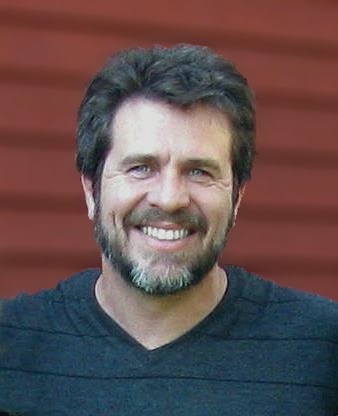 The episode was recorded live Friday, February 21 (2014).  You can listen to the recording through your computer by using this link - SinclairDNA

Steve and I talked about my recent experience with y-DNA research; Mapping y-DNA, William the Conqueror and a rare R1b group R-L11*.  We'll also talked a bit on the future of y-DNA testing.

Have a listen if you get a moment.  You can even download the show and take it with you.
at February 20, 2014 No comments:

The Third Brother: A Y-DNA Tale

If we were to look at the Y-DNA family tree, we would see ancestors and descendants in a genetic sense. Haplogroup B is descended from A and C is descended from B. If we keep going, R is descended from P, etc. Within haplogroup R is SNP R-L11/P310 (R1b1a2a1a ISOGG 2014). There was a boy born somewhere between 3,000 and 10,000 years ago (there is much disagreement on the exact age). This boy was the first male to have this mutation on his Y-chromosome. He essentially became the ‘father’ of all R1b men in Western Europe.

This R-L11 man had three sons, in the genetic sense, not in the literal sense. The first two sons are R-U106 and R-P312. Their stories are well known (at least in genetic genealogy circles). This is the story of the third brother, the one without a name. I’m going out on a limb in saying that this third branch exists as an independent unidentified SNP. R-DF100 has been identified as belonging to this third branch. Yet, it is too early to determine whether DF100 is the third brother or one of the many nephews (I had to keep the analogy going). Currently it is known as R-L11*/P310* (xU106,xP312), which means that folks on this branch test positive for having the L11 SNP and test negative for the U106 and P312 SNPs. Let’s call him R-x for simplicity. In case you were wondering, a SNP (single nucleotide polymorphism) is a mutation that can mark a branch point on your DNA.


What do we know about R-x? They are a small group, only about 10% of the very large R1b population in Europe. They are still found in substantial numbers in Danelaw areas, the Netherlands, Pomerania, former Prussia and Denmark. U.S. President John Adams is one famous member of group R-x. A group of R-x descendants have created a site (http://www.worldfamilies.net/surnames/r1b1a2a1a) for those who are interested in tracing their family origins further back, have taken a y-DNA deep clade test and tested positive for L11 and negative for P312 / U106.

R-x was rare and it piqued my curiosity. I wanted to know how they fit into the bigger picture, where they came from and maybe connect them to a part of history. I’ve had some good success with geographical distribution of y-DNA data based on multiple distance measurements from reference positions (BGM). To start, I collected 26 R-x y-DNA records with close STR marker matches and known or probable SNP matches. Eight of these records were directly from the R1b1a2a1a website group data. The records were processed to determine time to most recent common ancestor (TMRCA). The neighbor-joining method was run on the results to create a phylogenetic tree.


Each of these records were picked because they also contained self-reported ancestral origins. The records were mapped based on these origins and a range calculated from the TMRCA was drawn as a radius representing distance to a common ancestor. See “Getting More” for additional details.


Migration direction is determined from phylogenetic connections. The orange arrows represent the primary migrations from the South Baltic region starting 2,000 years ago ± 200 years. The destinations for these migrations were into Scandinavia and along the Rhine River. The yellow arrows represent secondary migration events ending about 1,000 years ago. The results validate the R-x group’s origin locations (Pomerania, former Prussia and Denmark) and adds the Rhine River as a secondary origin. This is not the endgame. This just gets us 2,000 years into the past. Additional records need to be identified to push us back another 1,000 or so years. Where were the R-x ancestors before they were in the South Baltic?

The third brother remains unnamed. Perhaps his name is R-DF100. The SNP hunters, those folks that are finding new SNPs every day, need more R-L11*/P310* (xU106,xP312) samples in order to identify a defining SNP. I’d also love to see better techniques of determining the age of a genetic branch. Someday we will know the name and the birthdate of the third brother.