Was your family part of the Anglo-Saxon invasion or did they ride with Attila the Hun? 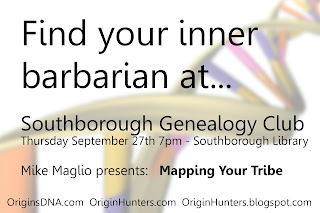 
I have been fascinated by barbarian history since my sixth grade Social Studies teacher, Mr. Rose, handed me the textbook on the subject.  I still read everything I can on the topic.  The biggest draw is the mystery of where each tribe came from, appearing out of the shadow of mythology and for many, disappearing into obscurity.  I’m finding that DNA can help answer the questions of ‘Where are they now?’ and ‘Where did they come from?’

The word barbarian is first seen in the Greek language as barbaros.  One possible origin of the word is that it was coined from the sound of the language used by these nomadic tribes – ‘bar bar bar’.  The Vandals (Vandali) appear in the history books as early as 166 AD and are described as an East Germanic tribe.  The theories on their origins include having Scandinavian roots in the parish of Vendel, Sweden or Germanic roots with a connection to the word meaning to wander (wandeln).


I’m reminded of an old cartoon where the barbarian leader is addressing his troops – ‘This time, remember: pillage, then burn.’  The term vandalism is directly attributed to the Vandals’ ruthless pillaging and destruction of culturally significant objects.

In 409 AD, the Vandals crossed into the Iberian Peninsula, only to be chased by the Visigoths and the Roman army into North Africa in 429 AD.  Over the next decades, the Vandals conquered North Africa and made Carthage their capital.  From there they invaded Sicily, Sardinia, Corsica and in 455 AD they sacked Rome. Fortunes fade, the Vandals were defeated by the Byzantine Empire in 534 AD and disappeared into history.  The name Vandals may have disappeared but the people didn’t.  They were either assimilated into the local cultures or dispersed as slaves, the spoils of war.

To figure out ‘Who were the Vandals?’, first I had to figure out ‘Where are they now?’  Based on their historic origins, the Vandals would probably fall into a small group of y-DNA haplogroups.  The ethnic descriptions that I’m using are overly simplistic, just enough to give you a feel for the possible cultures present.


We can’t assume that the Vandals were genetically homogenous.  At various times they were associated and allied with the Alani and Suevi tribes.  Any DNA trail found, could just as easily belong to a group along for the ride.  I started researching all these haplogroups along the Vandals’ 400-year migration route to find a DNA footprint. The key datasets included records from Sicily, Sardinia, Tunisia, Spain, France and Germany.  These locations create a triangle of migratory patterns, clockwise, counterclockwise and dispersion.  If these sets have evidence of Vandals DNA, there should be a counterclockwise flow around Europe and a west to east flow across the Mediterranean.  Immediately I was able to remove haplogroup N from the running, there were no records. 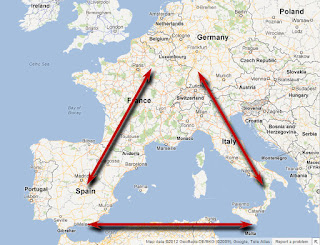 I have to admit that going into this project I thought that the Scandinavian I1 haplogroup would be my most likely suspect.  I had built a picture in my mind that all the Germanic tribes had come out of Scandinavia.  I researched this group first, looking for genetic flow across time. Usually I work with an individual record and trace backward through time.  For this project, I’m analyzing large groups in multiple datasets.  At a high level I’m searching for DNA that has migrated from Germany, through France and Spain to Tunisia and then to Sicily and Sardinia.

Using TMRCA (time to most recent common ancestor) and my own TribeMapper techniques, I was able to identify that the Scandinavian I1 haplogroup formed a parallel dispersion pattern.  The y-DNA genes flowed from Germany down into the Italian peninsula and into the Iberian Peninsula at roughly the same time.  Haplogroups G2a and R1a also fall into this category of dispersion.  These DNA records don’t fit the pattern of the Vandals’ migration.


The R1b Celtic-Iberian haplogroup proved more difficult to decipher.  This is a major group in Europe, representing over 60% of the Western European population.  For over 10,000 years, there has been a strong flow out of the Iberian Peninsula toward the British Isles, Germany and Scandinavia.  Detecting a counterflow against that tide is problematic.  The apparent direction of migration across the datasets I researched shows a clockwise pattern out of Spain, into France and Germany and then down the Italian peninsula.  R1b doesn’t look like our Vandals, but I’m going to reserve judgment until better analysis tools are developed.


I’ve left haplogroup I2a, the Danubians, for last because they have the best correlation to the Vandals.  Their genetic migration does show a counterclockwise flow from Germany, through France and Spain and into Sicily and Sardinia.  This DNA can be found in the historic Vandali regions of Aquitaine, Galicia, Lusitania and Andalusia.  Haplogroup I2a is a dominant Germanic group associated with the Danube River, giving them the nickname Danubian.  This matches the Vandals earliest historical references.


Myles Standish of Mayflower fame was also haplogroup I2a.  Standish is not closely related to the DNA that I am chasing.  His tribe and the Vandals parted ways over 5,000 years ago.

Have I found the Vandals, Alans or Suevi?  So far, I have been looking at the past 2,000 years.  If I expand the datasets and research back further in time, additional patterns appear.   The DNA takes me to Georgia, Armenia and Iran.  The timing and the location of these records put us in the historic Alani homeland on the Asian steppe.  The Huns were also responsible for driving the Alans west into Europe around 300 AD.  I’ve been looking for Vandals and I’ve found the Alans instead. 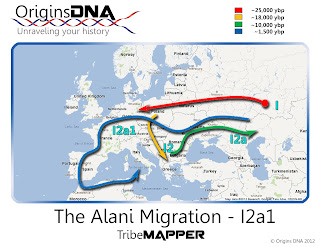 The I2a1 tribal haplotype that I have identified has remained relatively unchanged for thousands of years and has allowed me to follow a migration in and out of Asia and across Europe.  I cannot say that I have found the DNA of all the Alans or that the Alans were only haplogroup I2a.  The correlations that I have made are based on records currently available and it is impossible to say what additional future DNA records may reveal.

The mystery of the Vandals remains a mystery.  I now have an unexpected peek at a piece of the Alani origins and migrations.  When clients want to know more about their DNA, I can check them against this data.  I’d love to be able to get to a point where I can tell folks - ‘Hey, you’re a Visigoth!’  One of the biggest parts of DNA testing beyond finding family, is connecting ourselves to history, knowing that your ancestors played a role. 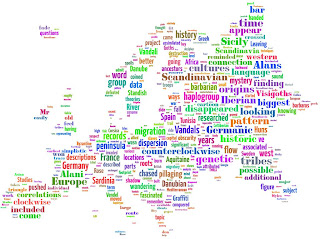 Raise your hand if you’d like to know more about your surname and your father’s ancestry.  I’m raising mine!

Most of us live in a patrilineal society.  The wife and the children take the surname of the husband.  We can’t help but to associate with our father’s family, his clan.  The males in the family will inherit the Y chromosome virtually unchanged, though genetically, we can only attribute a small fraction of our overall DNA to that patrilineal line.  Psychologically though, 50% of our ethnic identity comes from dad. 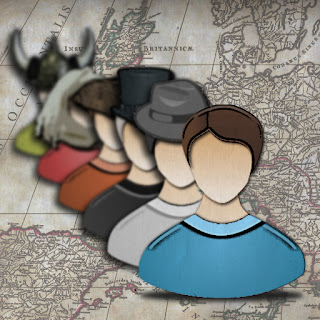 We have all tried traditional genealogy for our father’s line.  Some of us go back a couple of generations and some of us have researched a dozen generations.  A few of us are adopted and know nothing about our paternity.  Y-DNA testing has benefits that aid a genealogist in all these situations...

...continued at The In-Depth Genealogist with a free membership.

*The Deep Into DNA article series is published each month in The In-Depth Genealogist Newsletter and will demystify genetic genealogy and make sense out of DNA testing terminology.  Each month we will talk about the types of tests available from major labs and show relevant examples on how to use DNA in your genealogy research.