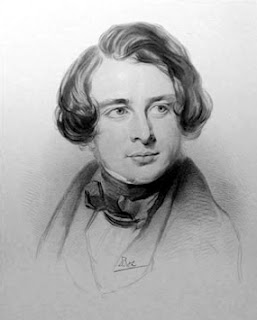 In 1842, during his first visit the United States, Dickens was the guest of Massachusetts Governor John Davis at his Worcester mansion.

Dickens wrote about Worcester in his book American Notes - "All the buildings looked as if they had been built and painted that morning, and could be taken down on Monday with very little trouble."

Gov. John Davis was born in Northborough, MA, the son of Isaac Davis and Anna Brigham.

John Davis has a lot of great New England names in his ancestry - like Brigham, Howe, Clapp and Gates

Rumor has it that Dickens may have stayed at the Davis House on Davis Street in Northborough.  I haven't found any evidence to support that yet.