Coming up in March of this year PBS and Henry Louis Gates, Jr. will be presenting another genealogical series entitled Finding Your Roots. If you missed Faces of America in 2010 you can still catch some episodes online.   I highly recommend the series.

Who Do You Think You Are will also be back for its third season in the US starting in February.  If you can find the UK version online, there are some “absolutely brilliant” episodes that are worth searching for.

When I watch these shows, I usually have my laptop and I’m researching along trying to find the next clue before they reveal it on the program.  My curiosity is insatiable.  How am I related?  What else aren’t they showing on the program?  It is safe to say you shouldn’t leave me alone with the Christmas presents before the big day.

I first heard about the new PBS series from Dick Eastman’s site.  The post there says – “The new series will feature two people in each one-hour episode, including husband-and-wife actors Kevin Bacon and Kyra Sedgwick, who jokes she's afraid they might turn out to be cousins. ‘They are indeed distant cousins,’ revealed Gates.” 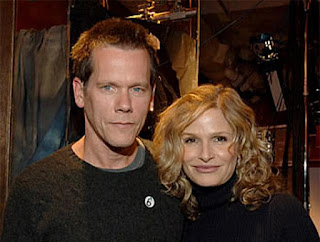 I couldn’t wait until their episode airs to find out how Kevin and Kyra were related.  Kyra Sedgwick has an amazing family history full of names like Bradstreet, Endicott, Peabody, Cabot and Lathrop.  Since this year is the sesquicentennial of the Civil War, they might discuss Kyra’s connection to Col. Robert Gould Shaw.  Or, because it is an election year they might talk about her connection to former Presidential Candidate Senator John Kerry from Massachusetts.

Since there was a teaser about Kevin and Kyra being related, they will probably show that relationship.  I’m not going to post a spoiler here.  You can find the answers here if you are as curious as I am.  Coincidentally, my wife is connected to Kevin and Kyra through the same ancestor and shares 20 common ancestors with Kyra.   Are you one of the million that they can call cousin?
at January 09, 2012