Two family history articles for the price of one (still free).

Florence Jane Ovens was born in the London Borough of Wandsworth in 1872.  Along with her father, step-mother and brother, she emigrated to the United States around 1880.  She graduated from the Hyannis State Normal School (later the Hyannis State Teachers College) in Hyannis, Massachusetts.  By 1900, she was teaching in the Falmouth school system.  She also taught in the Somerset, MA, Clinton, MA, Chester, NH, and York, ME schools between 1900 and 1920. 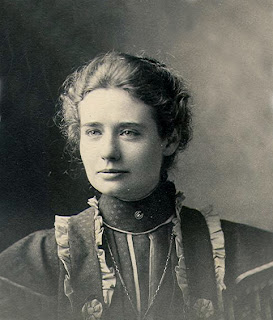 In the 1920s, Florence moved to New York City and in 1923 filed for naturalization.  By 1928, she had met Elizabeth ‘Bessie’ Locke.  Until the time of Bessie’s death in 1952, they were constant companions.  Bessie Locke was the Founder and Director of the National Kindergarten Association and Florence became the Executive Secretary and Editor.  Their goal was to bring public kindergarten to all the nation’s children at a time when only 1 in 10 children received pre-elementary education.

At the invitation of President Roosevelt’s Advisory Committee on Education, Bessie and Florence wrote The Kindergarten in the United States in 1937.  They were never able to get their kindergarten bill through Congress.  Instead, they focused their energy at the state level.  In their lifetime, they personally helped create over 3,000 kindergartens.

I’m writing about Florence because she is my wife’s great aunt. Florence was also instrumental in helping me figure out how my wife’s great-grandfather arrived here from England.

We all hit various size brick walls when we research.  No amount of research experience can ever eliminate running into a brick wall.  I will usually turn to other genealogists and ask how they might have gotten around my particular type of roadblock.

I was able to find my wife’s great-grandfather, William J Ovens, in England in the 1871 census and then again in the 1885 Dedham, MA city directory.  I could find nothing in between.  William did become a citizen, but his naturalization papers shed no light on his arrival.  Like a physical brick wall, if you follow it sideways far enough you can usually get around it.  Whenever possible, I start searching sideways, widening my research by looking at sibling, cousins and children.

While looking at William’s daughter, Florence Jane Ovens, I found an amazing woman dedicated to education and I found her naturalization papers.  Her papers told a much more illuminating story than her father’s did.  The family had crossed from Canada after living in Montreal for nearly a year.

I use Ancestry.com.  The have a very large collection of records and even the best database query never returned a result for a Canadian border crossing.   Like many companies with an international presence, Ancestry will help narrow the volume of data presented to you by giving you the localized information first.  If you are on the US site, you get US records first.  If you are on the UK site, you get the UK records first.  Depending on your subscription, you may not even see beyond the local data.  I have the international version, which should allow me to see the Canadian records.  From the US site, those Canadian records weren’t rising to the top.  I logged into the Canadian site – www.Ancestry.ca.  Did you know you could do that?  There are eight international versions, including US, UK, Canada, Australia, Germany, Italy, France and Sweden.  By logging into the alternate site, the records I was looking for rose to the top.  After changing my point of view, I now had passenger records and border crossings for the Ovens family.  Thank you Florence.

Ancestry is not the only company that has different sites.  Google has a unique site for nearly every country.  Like Ancestry, Google will push the local results to the top of a search.  If you are doing any kind of foreign genealogy research, you need to try this.  Create a search on Google.com, then do the exact same search on Google.it or Google.de or Google.co.jp.  Naturally, it helps to know the language or to use the Google Chrome browser and let it translate for you.

Sometimes you need to change your point of view.  Get a fresh perspective.  Clear a new path.  [Insert your metaphor here]

Remember to research sideways when you hit a brick wall.  There are many great stories from our extended family members.  One of those folk may hold the key to what you are looking for.